Our Vine Starr Zinfandel is one of our most popular and widely known wines. It represents a shift in wine style and the beginning of discovery for lighter style Zinfandels. The journey to what our Vine Starr is today began in 2009 when we made our first 100% Zinfandel Vine Starr. We distribute to over 10 countries across the globe and they all order Vine Starr.

A pivotal moment (now locked in time) was the book release of “The New California Wine” by Jon Bonné. Our Vine Starr Zinfandel was a primary focus in the book. It became our flagship wine, a delicate expression of the California grape -- the antithesis of what had become popular. Chris was one of the first of this new generation of winemakers to really embrace the natural acidity and fruit of Zinfandel but in an uplifted, restrained way. 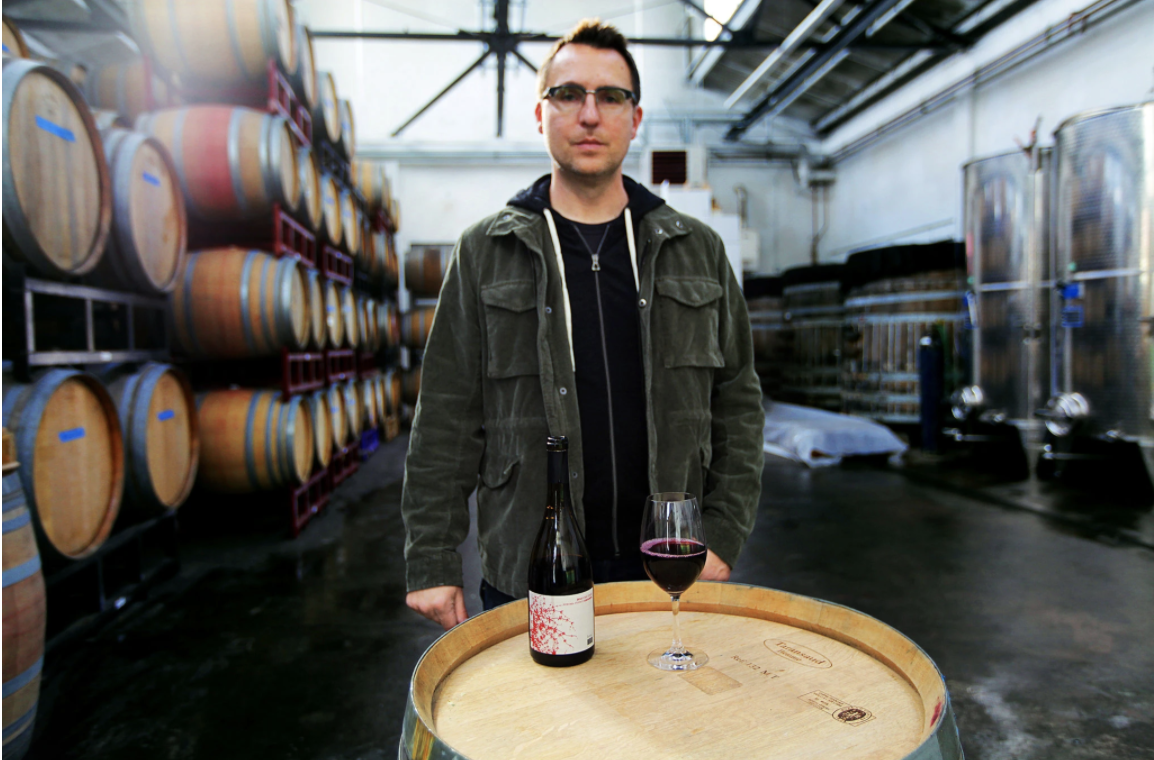 In March 2014, the New York Times article by Eric Asimov titled “Fruit of the Bartered Vine” came out in print. It put Chris and his approach to winemaking front and center. We have had the honor of being very well received in Japan. Our Vine Starr was featured in the popular Japanese Manga graphic novel series Drops of God.

In 2019 it got a full English translation. With our 2019 vintage we launched a fresh look and an evolving approach in the bottle.

Label Art Evolution
Our recognizable red flower label on the Vine Starr was the last holdout of our original style labels. As we adapted and changed, it became clear we had to bring our flagship wine into the fold with Marta's precision label art. We are so happy with this new vision of Vine Starr.
Read more about our collaboration with Marta.

Winemaking Evolution
The wine has evolved from our first vintage in 2006 when it was a red blend of Zinfandel and Syrah. In 2009, we were fortunate to source from both Arrowhead and Buck Hill Vineyards in Sonoma County which allowed Vine Starr to be 100% Zinfandel. Each year we strive for a 50/50 blend of the two vineyards, but each year changes from what tastes best with the blend. This wine is inspired from where the Beaujolais and Northern Rhone meet. We always harvest early to highlight acidity and fresh fruit. Vine Starr is a delightful, uplifted style of California Zinfandel you are sure to enjoy.
Viticultural Area
Both Buck Hill and Arrowhead Vineyards have volcanic soil – Arrowhead with red volcanic rock and Buck Hill with white terraced volcanic soil. Arrowhead vines are planted on a steep 50 degree sloped hillside. Both vineyards are organically farmed. Buck Hill is located in Fountain Grove just outside of Santa Rosa and Arrowhead just above the town of Sonoma. We created a signature decanter and BROC glass for everyday drinking.

Give the gift of wine and lift some spirits.

Our Love Wines are perfect for weddings! Contact us to plan your wine selections.

Get updates on NEW wine, happenings at the winery, news, discounts, events and more!